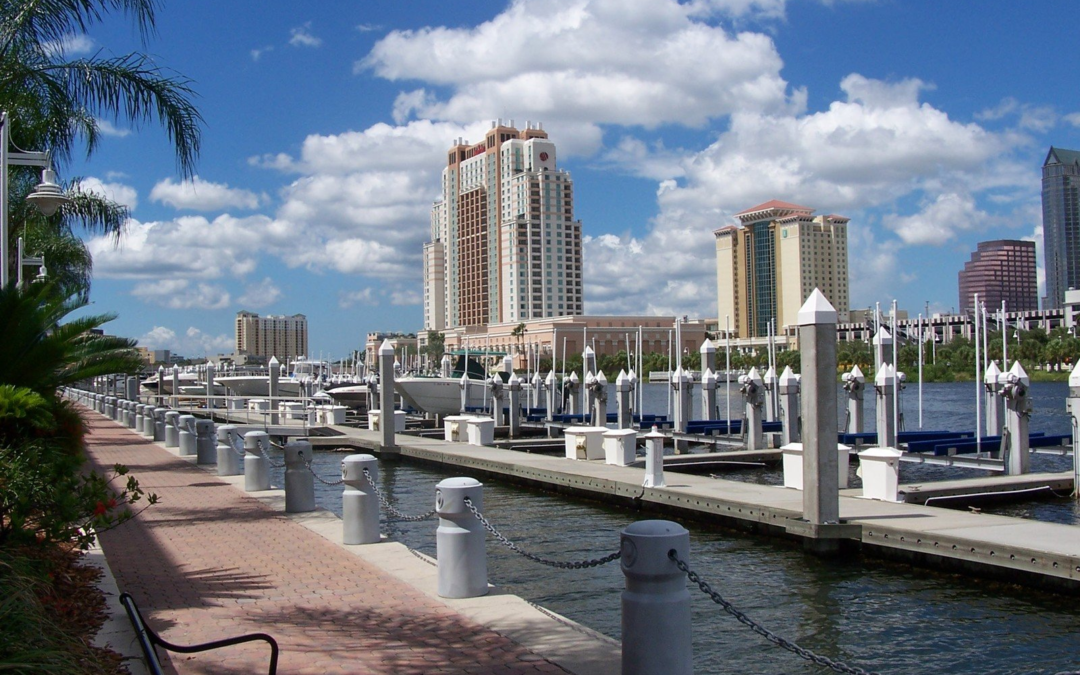 Tampa is the largest city in the Tampa Bay area of Florida and is the County seat of Hillsborough County which is on the west coast of Florida near the Gulf of Mexico.

The area was inhabited by indigenous peoples for thousands of years until Spanish explorers visited the region in the 16th century. Interactions between the native people and the Spanish were often violent, and the Spanish brought European diseases which caused the decline of the native population. Spain claimed all of Florida and beyond as part of New Spain. After the disappearance of the indigenous populations, there were no permanent settlements in the Tampa Bay area until after the United States acquired Florida from Spain in 1821.

In 1824, the United States Army established a frontier outpost called Fort Brooke at the mouth of the Hillsborough River. The first civilian residents were farmers who settled near the fort.

The town grew and became a shipping port for cattle and fruits like oranges and lemons. Unfortunately, Tampa Bay was blockaded by the United States Navy during the Civil war and Tampa suffered a long period of economic stagnation. The situation improved in the 1880’s when the first railroad links were established helping Tampa to grow and prosper again.

The Tampa Bay Area comprises Tampa, St Petersburg and Clearwater housing some three million residents and together with Sarasota over four million people live in the region.

The region is a significant tourist area and being just 85 miles from Orlando makes a popular two-destination holiday particularly for overseas visitors who enjoy the variance of Theme Parks in Orlando and fantastic beaches of The Tampa Bay Area.